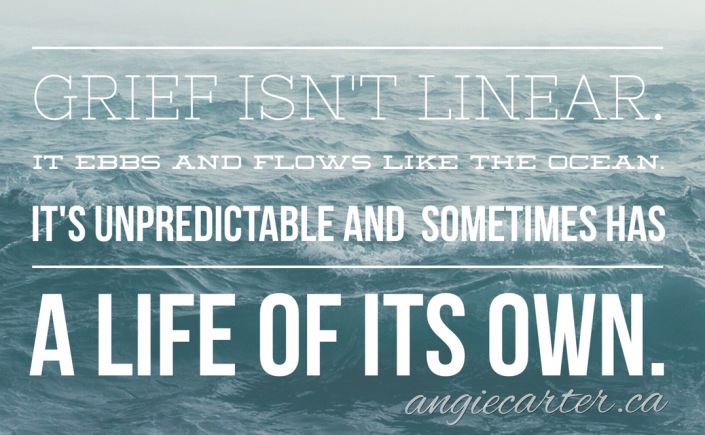 I went on a trip last night, back in time to 3 years ago. It wasn’t something I was expecting and took me by surprise. The flashbacks were intense and flooded me with panic. Watching the band play, dancing and having fun, how could I be so carefree hours before my entire world was about to shatter? I was clueless as to what was about to come.

The panic was suffocating me. Tears streamed my face; I couldn’t see and my legs were seizing. I needed to get out of the building but couldn’t see or walk. Tom took me by the hand and led me to the exit where I was finally able to open my eyes and breathe. I regained my composure and went back inside but instead of enjoying the concert, I tried to focus on anything other than the flashbacks that wouldn’t stop. Is Aria ok? Is something bad going to happen again? I shouldn’t have come! I fought back tears until the last song was over.

My best friend was was so excited when she found out her favourite band was coming to our hometown. I attended the homecoming concert the night before Bella died. It had been my first night out in months. Last night, I felt like I was living that night all over again with a different awareness, knowing something terrible would happen.

The arena was set up the same way and many of the same people were there. I have been more focused on the date of Bella’s anniversary than the events leading up to her passing and didn’t give it much thought, but while driving to town last night I realized that it may be difficult to be at this concert. If it wasn’t for my friends’ excitement about seeing Walk Off The Earth, the band that helped her through her grief after losing Bella, I wouldn’t have stayed but felt this was something I needed to do… for both of us.

After the last song, the lights came on and as soon as I spotted my friend, I ran up to her and said “I did it! I got through it!” She hugged me then held me as I fell apart. The tears wouldn’t stop; the pain felt fresh and raw. I wanted to scream and run away. Memories were flashing before me, worries flooding my mind. Panic, regret, and pain. It was as though no time separated Bella’s death from the present moment 3 years later.

This is grief. It returns when you least expect it. Sometimes it will make its appearance when you’re in public, but this is beyond anyones’ control. Last night, I decided to stay and try to take control of my grief, but I lost the battle. I had a breakdown in public. I re-experienced trauma and released my pain in front of people who know me and many more who do not.

It took a lot of strength and courage to get through last night. After the concert, I met one of the nurses who tried to save Bella. We talked for a long time and I am so deeply grateful for the words we exchanged. I am so thankful for all the people who tried to save my baby girl. Meeting her made it all worthwhile!

Grief isn’t linear. It ebbs and flows like the ocean. It’s unpredictable and sometimes has a life of its own. I felt like a failure last night but as I’m processing it, I’m seeing it in a different light. I miss Bella so much. I can’t erase what happened. I can’t go back in time. I can’t change a damn thing about any of it! But I can experience every aspect of this loss and grow from it. All I can do is try my best to #StayStrong❤️