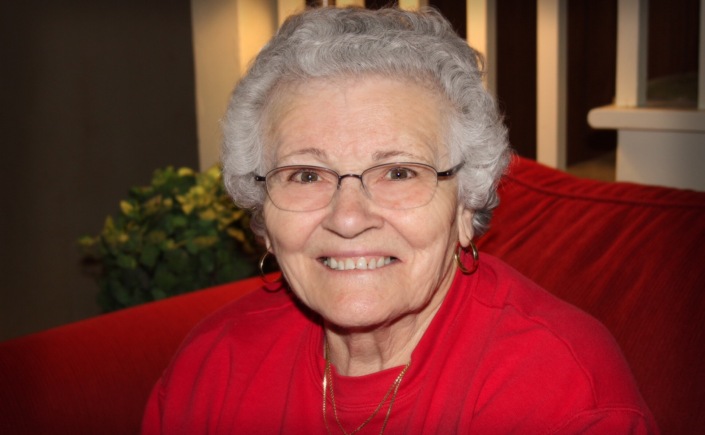 She was 88 years old and still independent. 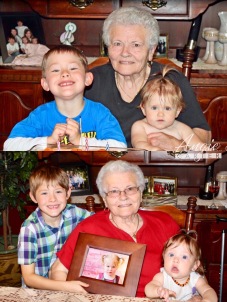 It’s the only way she knew how to be. She woke up that morning and drank her coffee like any other day. She washed her laundry as she did every Saturday, then had her shower and folded her laundry.

While she followed her daily routine, my mother, sister and I went to a celebration of life in honour of our dear friend’s father who suffered a massive heart attack while he was singing in church. We decided to make the most of the trip and stopped for supper. Shining across my plate was a delicate rainbow, a reflection from my water glass, a gentle reminder that our loved ones are always with us. 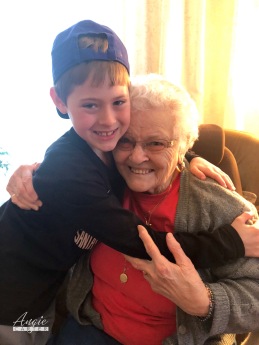 Moments after we arrived home, a loud urgent knocking at the door startled my mother and sent her running to me in a panic. “Nonna collapsed in church and my car won’t start!” Before I could even think, I grabbed my phone, purse and car keys and we were gone.

Just like every Saturday night, Nonna went to church. It was more than her place of worship; it was her sanctuary. We were told she was out of breath when she walked in, sat in her regular seat, then gently closed her eyes. The priest intuitively knew something was amiss and when he asked a kind man to check on her, she was already gone.

Nonna was in the ambulance when we arrived and as I witnessed the paramedic performing CPR on her, I refused to believe what I knew in my heart to be true. Nonna joined Bella that night. We were told it was a massive heart attack. It felt like a replay of what happened to my friend’s father the week before. 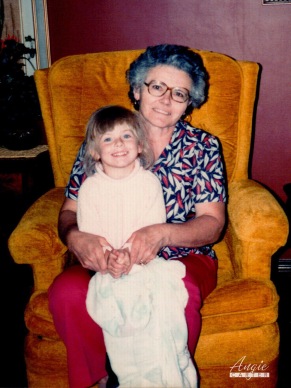 Nonna was more than a grandmother to me. She was an important part of my immediate family and was included in everything we did. She attended every celebration and gathering at our home. She loved coming to visit and was so grateful when we would surprise her with a visit too.

She and Bella had a very special bond which developed before Bella was born. I really wanted Nonna to be at Bella’s birth, and although she didn’t make it in time, she did accompany me to my last ultrasound. Nonna had never witnessed an obstetric ultrasound before and it was an honour to share that sacred moment with her. 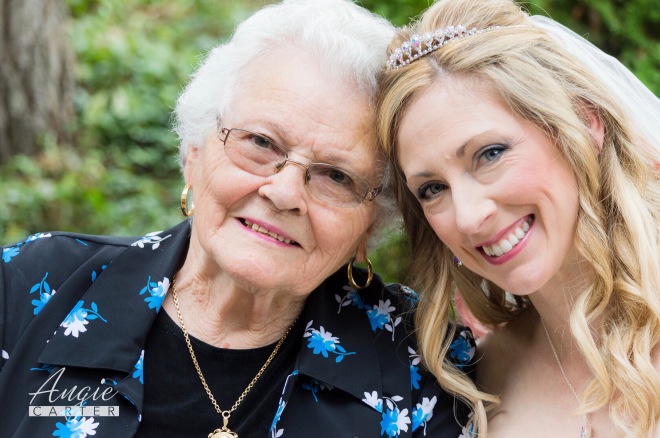 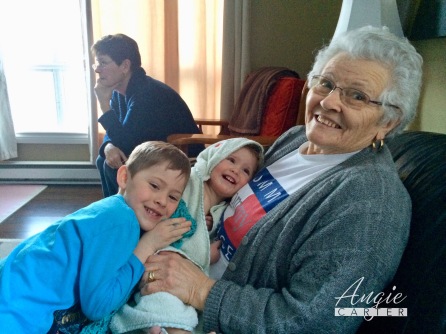 After Bella was born, Nonna was my saving grace. She would drive down to my home, park in the driveway and my kids would get excited as soon as they saw her walk up to the house. Nonna was Bella’s favourite person. She called her “Bis” and  would fetch Nonna’s slippers from the closet and greet her at the door ready to place them on her feet. Nonna would entertain the kids while I cleaned up after supper and washed dishes. We would visit and play, then she would rock Bella while I put Hudson to sleep. I would take over from Nonna once Hudson was settled and she would see herself out. This was our routine for many months, until the tragic day we lost Bella. 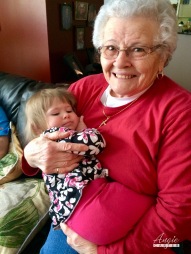 I will never forget Nonna’s reaction that day, the shock and horror. I will never forget how she begged God to take her instead. The memory brings tears to my eyes and is something that terrified me as I was deathly afraid of losing someone else I loved. That fear is what forced me to be strong as I believed my family would get through the tragedy as long as they knew I would be okay. Except Nonna was never the same after that day. A piece of her died along with my daughter. She lost her spark, her love of life, and hope for the future. 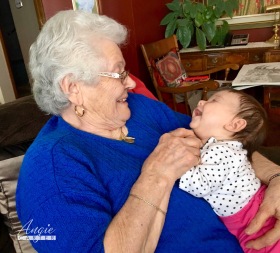 I have seen that spark return for brief moments, but her essence has never been the same. I know she is now where she’s wanted to be for the last 4.5 years.

My best friend, who is a medium, began communicating with Bella shortly after she passed. The following is from a letter she wrote to me where Bella described Nonna’s transition to heaven:

“She shows me Nonna Bis leaving this world but not in the immediate future. She shows me a man’s shadow calling Bella’s name and saying ‘okay it is time.’ Bella is playing and she is shadowed too. She grabs the man’s hand that I get is your Nonno’s presence. They walk toward a bright light. They are holding hands and they just wait. Then Nonna Bis slowly comes into sight in an illuminating white light and smiles.

I see her approach the man and Bella and the first words she says are “What took you so long?” The man kind of chuckles giving of a sense of ‘well it’s not up to me when you get here’ so to speak. Nonna takes Bella’s other hand and they walk into the light.”

You will never be ready to say goodbye to someone you love, but this image brings great comfort.

Nonno was 88 years old when he passed, the same age as Nonna; they both passed on the 12th day of the month. I’m not sure what it means but I don’t believe in coincidences.

Now I grieve once more as I mourn the loss of my Grandmother, Nonna Bis. 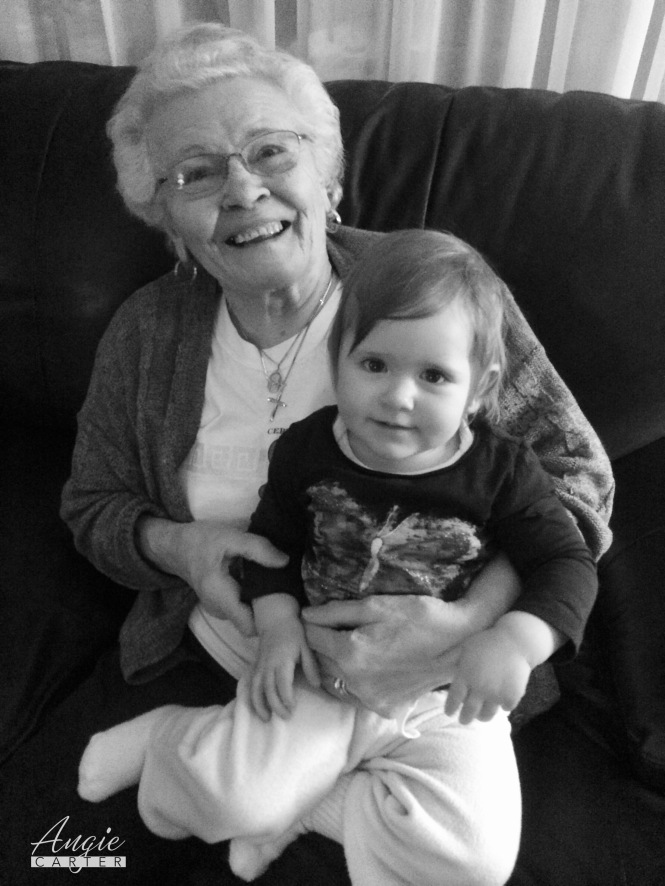 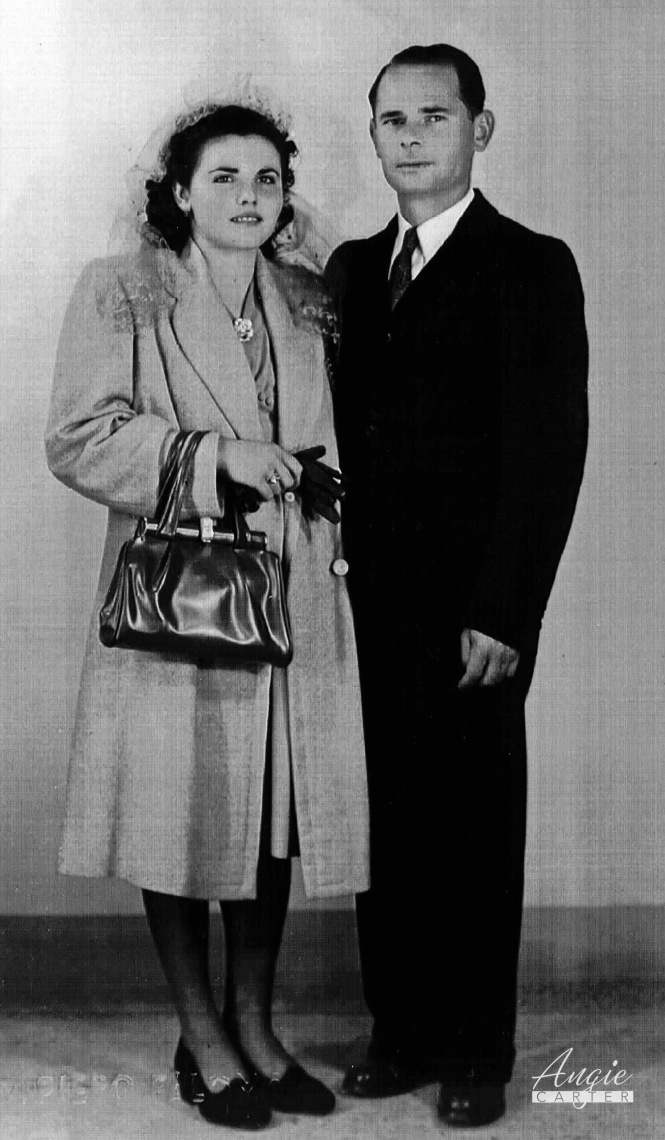 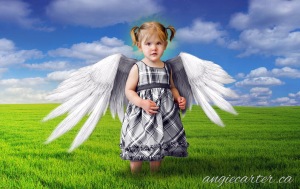